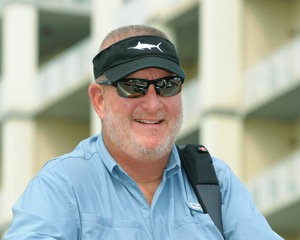 
Test Case - Posted: Thursday, May 21, 2020 1:39 PM
The Orange Beach Billfish Classic has always held the distinction as the season’s first major big-game tournament in the central Gulf. For 2020, this event had even more significance as it was the first held during the COVID-19 pandemic. The required health restrictions because of the virus didn’t diminish the outcome. Thirty-one boats from Texas to Florida participated in the “social distancing” contest, which is based at The Wharf Marina in Orange Beach, Alabama. The original start date was pushed back a couple days for more favorable weather offshore.

By the time the scales closed Tuesday evening, Pearl had boated the only weighed blue marlin. The 603.2-pound fish was brought in the previous night. The catch and release action was steady, though. Born 2 Run, a regular contender on the Triple Crown circuit, earned first place honors in the release division. The 72 Viking is owned by Dana and Lisa Foster of Pensacola. Capt. Myles Colley is the boat’s skipper. Second Wind and Restless were named the second- and third-place winners, respectively, in the release division.

Game fish were hungry on the blue-water rips. Triple-digit tuna were weighed by You Never Know! (162.6) and Code Blue (148.2 and 131.4). Code Blue also took first place in the dolphin category with a 42.6-pound bull. Restless, rounded out the field with the other two division places. Restless also took home the top prize for a 47.6-pound wahoo, with CE and Fins Up weighing wahoo entries as well.

“People were very understanding and cooperative,” said Tournament Director Kate Dorland afterwards. “Everybody was happy and glad to be fishing.”

In keeping with its charitable mission, the OBBC will make a donation to The Billfish Foundation with proceeds from the 2020 tournament.

The Orange Beach Billfish Classic is one of six sanctioned events in the prestigious Gulf Coast Triple Crown Championship. The series is sponsored by Grander Marine and Invincible Boats. The competition now shifts westward as the Cajun Canyon Billfish Classic gets underway May 26-31, at the Cypress Cove Marina and Lodge in Venice, Louisiana. 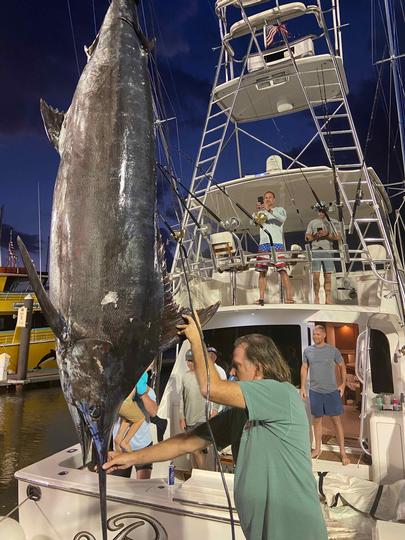