Marlin tournament season in the Gulf of Mexico means big fish and big bucks as well as a serious adrenaline rush, and nowhere is that feeling more apparent than in the extremely popular Gulf Coast Triple Crown Championship Series. At stake in the Championship is not only the beautiful Frank Ledbetter marlin trophy, but the honor of being named Gulf Coast Triple Crown Champions - the best billfishing team in the Gulf of Mexico.

The Gulf Coast Triple Crown Championship Series consists of the top six most competitive and prestigious billfish tournaments in the Gulf of Mexico. The lineup consists of the Orange Beach Billfish Classic in the kickoff spot, followed by the Cajun Canyons Billfish Classic in Venice, Louisiana. The Series moves to Biloxi for the Biloxi Billfish Tournament, to Florida for the Emerald Coast Blue Marlin Classic at Sandestin, then to The Wharf for the Orange Beach Open. The Series wraps up with the climatic season finale, the Blue Marlin Grand Championship of the Gulf, dubbed "The Greatest Show in Sportfishing" held at The Wharf Entertainment Complex in Orange Beach, AL. 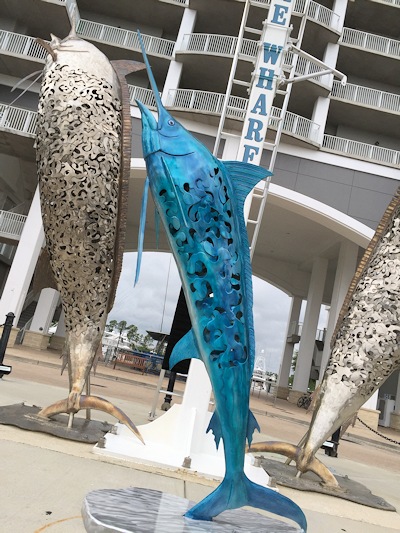