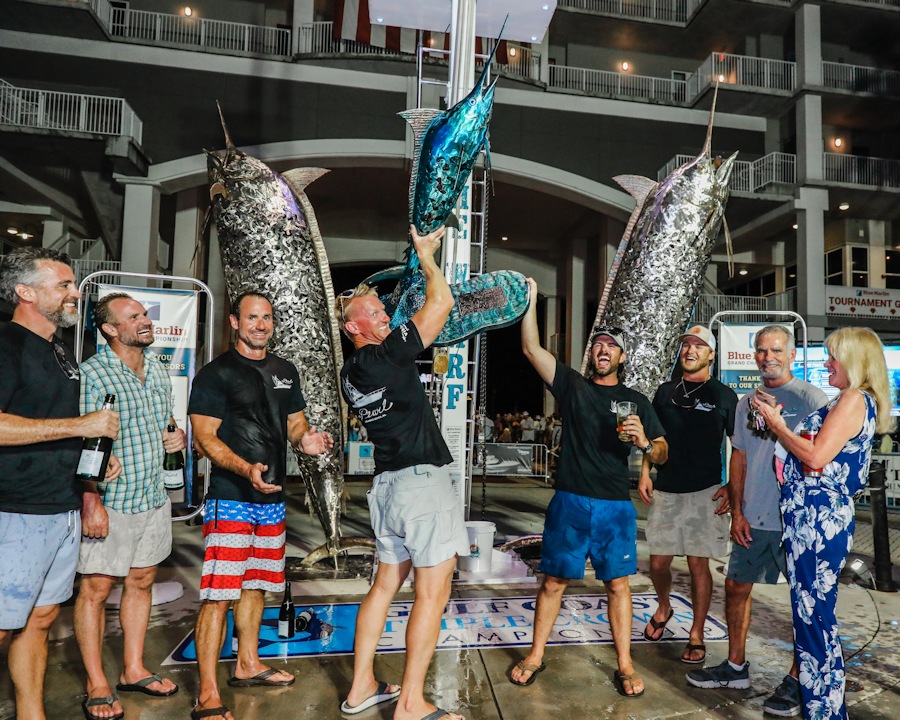 After a three-hour battle Pearl, a 48 Viking based in Orange Beach, Alabama, weighed a 642.2-pound marlin to earn the top honors in the 2020 Blue Marlin Grand Championship. The first-place finish catapulted the team to this year's Gulf Coast Triple Crown Championship title. The boat is owned by Andy Yarborough and was run by Capt. Bo Keough for the BMGC.

This marks the first time the Triple Crown title has been determined by a win at the Blue Marlin Grand Championship. That win, together with participation points, helped Pearl accumulate the 600 Triple Crown points overall needed to take the trophy. Grander Marine, Invincible Boats and Mercury Outboards are the Presenting Sponsors of the 2020 Gulf Coast Triple Crown Championship.

With its victory, Pearl is taking home the exquisite Frank Ledbetter custom marlin sculpture, a five-foot tall stainless steel trophy valued at $18,000. Permanent plaques will be displayed at the Signature Perpetual Trophy on display at The Wharf Outfitter Store, as well as on the iconic Wharf Marlin Tower. The team also earned bragging rights among the elite teams competing on the Gulf of Mexico big-game fishing circuit.

"It was a very special moment for Pearl to win the Triple Crown Championship," Yarborough explains. "I would like to extend sincere thanks, gratitude and love to all the people who've helped make this possible for our team this season."